The Compulsory Mixer of The Self Loader Concrete Mixer

The self loading concrete mixer factory has gradually become a popular choice for small projects because of high automation and high mixing quality. According to the the working principle of the mixing tank, it is divided into self-falling mixer and compulsory mixer. 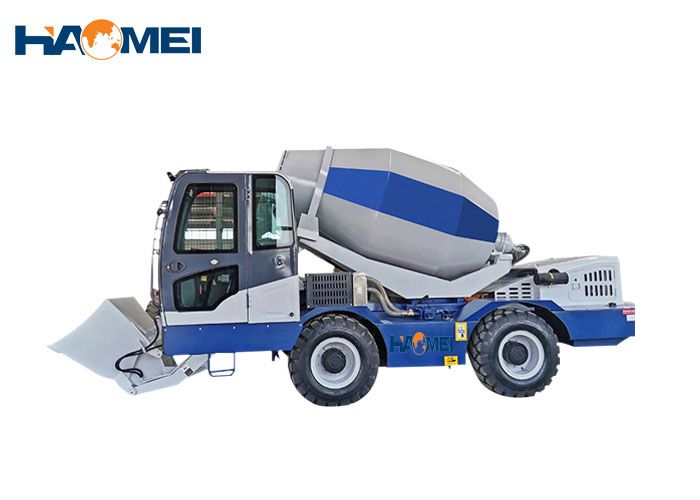 The mixing tank of the self-falling mixer is placed vertically. There are no mixing blades in the mixing tank. Only the rotation of the whole tank can achieve the mixing effect of the concrete. It is suitable for for mixing concrete with low fluidity. The tank body is less worn and easy to clean, but it consumes a lot of power and is low in efficiency.

There are several sets of mixing blades in the mixing tank of the compulsory mixer. There is an independent motor. The concrete is mixed by the rotation of the blades, and the materials are forcibly mixed until the mixing is uniform. The compulsory mixer has the advantages of good mixing quality, fast mixing speed, high production efficiency, easy operation and safety. However, the wear is relatively large, therefore the wear-resistant materials are required.

Haomei self loader concrete mixer belongs to a compulsory mixer. The mixing blade used in the Haomei mixing tank is self-developed and applied for a patent, which ensure the concrete quality meets what you need. The testing result shows that it meets the national and European standards. Welcome to leave message below to get the latest price of the self loading concrete mixer factory.

Prev: Why Not to Choose The Used Self Loading Concrete Mixer Factory

Next: The Wide Application of Self Loader Concrete Mixer