The Weighing System of Self Loading Concrete Mixer For Sale Uk

It is of strong adaptability and is suitable for those projects that require a small amount of concrete such as municipal engineering construction projects. In order to ensure the quality of the concrete produced, it is necessary to implement strict and accurate control of the weighing system based on the correct calculation of the concrete ratio. 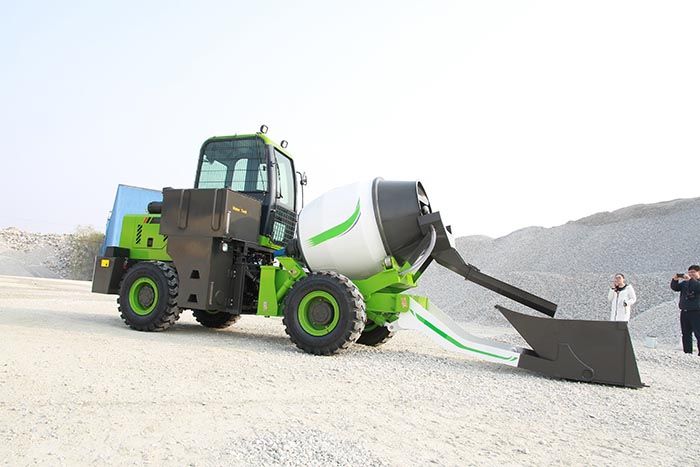 At present, the hardware of domestic and foreign self loading transit mixer is relatively mature, and most of them are equiippend with weighing systmes suchas Carmix roduced by Metalgalante in Italy and DMIX produced by Dmix SRL and Speedcrafts in India, but the driver needs to judge when to stop feeding artificially according to the displayed information. There are two major errors in this process as follows:

1. Vibration impact seriously affects the accuracy of the weighing control system, and the weight information feedback on the display screen has a large error with the actual weight.

2. When the the flow rate of the added material can reach 100 kg/s, the human error factor is large, which is difficult to guarantee the quality.

Aiming at the above problems, Haomei Machinery develops an automatic weighing control system that a discrete filter is designed to process signals, a segmented predictive and judgment control strategy is adopted, and an electromagnetic reversing valve is used as an actuator to realize automatic control. Compared with the existing technology, the control precision and automation degree are largely improved.

The driver interacts with the system through the display screen and gives instructions. Due to the harsh working environment, the button LCD text display is selected. Four-way weighing sensor is used, which is convenient for fixed installation. A pressure switch is incorporated into the oil circuit of the bucket cylinder to detect whether the bucket door is completely closed. The electromagnetic reversing valve is used as the executive hydraulic component.

Prev: The Four Wheel Drive of Self Loading Mixer Machine

Next: The Synchronously Rotating Cab of Self Loading Concrete Mixer Truck