How to Warm Up The Self Loading Concrete Truck 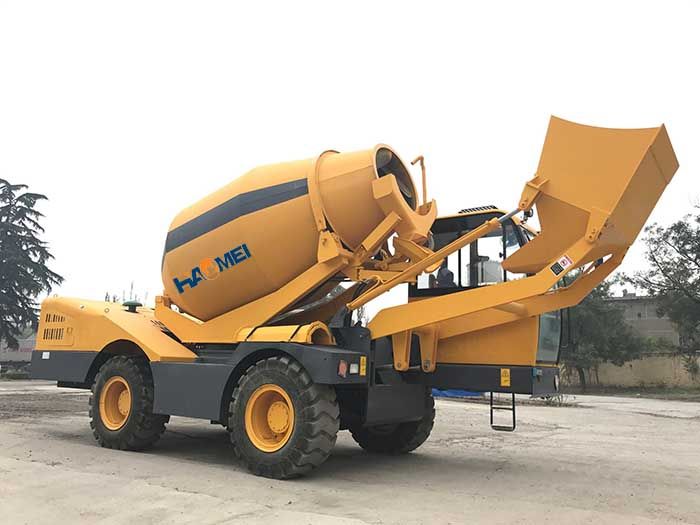 In the early stage of warm-up, the main oil pump of the self loading concrete mixer must keep running dry. There are generally four types of hydraulic pumps installed in the hydraulic system on self-loading mixer trucks, namely the main oil pump, balance pressure pump, mixing pump and boom pump. In terms of the working principle of the hydraulic pump, except for the mixing pump which belongs to the gear pump, the other three pumps belong to the swash plate plunger pump. In comparison, the performance of the swash plate plunger pump is better than that of the gear pump, and the precision is higher and the price is higher, so more attention should be paid to it.

For the self-loading mixer truck of the open system, the pumping displacement can be set at the "zero" position when the top-mounted power take-off is turned on. Depending on the brand and age of your self-loading mixer, the setup method may vary slightly.

For a self propelled concrete mixer with a closed system, the method is relatively simple, that is, when the power take-off of the body is turned on, the pumping is kept in a stopped state.

Due to convection and conduction, the oil in the hydraulic motor and pipeline gradually heats up. The preheating work is not successfully completed until the hydraulic oil of the entire pumping system reaches the working temperature.

Prev: What Do You Know About Self Mixing Concrete Truck

Next: Which to Buy: New or Used Self Loading Mobile Concrete Mixer